Illegal Mining, ‘Worse Than at Any Other Time,’ Threatens Amazon, Study Finds 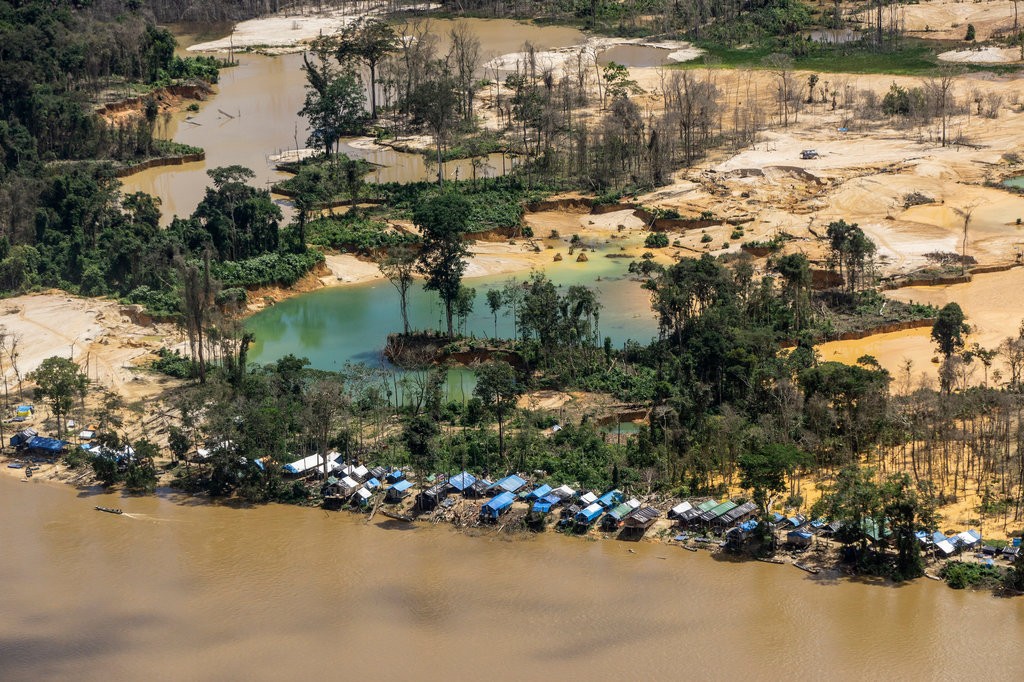 An illegal mine in Yanomami territory of indigenous people in Roraima, Brazil. In one community of Yanomami, 92 percent of the hair samples showed high levels of mercury contamination, according to a study. (Rogerio Assis/Instituto Socioambiental)

SÃO PAULO, Brazil — Fueled by the surging price of gold, an epidemic of illegal gold mining in the Amazon is threatening indigenous territories and other protected lands in the world’s largest tropical rain forest, according to a study published by a group of environmental organizations this week.

Analyzing data from six Amazon countries, researchers identified 2,312 illegal mining sites and 245 large-scale areas where miners have established sophisticated infrastructure, tearing down native forests and contaminating rivers with mercury as they dredge for gold and extract diamonds and coltan, which are used to make mobile phones.

“The problem is worse than at any other time in history,” said Alicia Rolla, one of the coordinators at the Amazon Geo-Referenced Socio-Environmental Information Network, known as RAISG, which published the study this week. “We wanted to give visibility to the enormity of an issue that doesn’t respect borders.”

Each site on the map contains details about the material being mined and the mines’ environmental and social impacts, such as how dredging disrupts rivers and how toxic pollutants seep into plants, animals and people. Venezuela had more illegal mines than any other country studied, followed by Brazil and Ecuador, according to the report.

The researchers hope to pressure governments to work together to combat the international criminal activity. 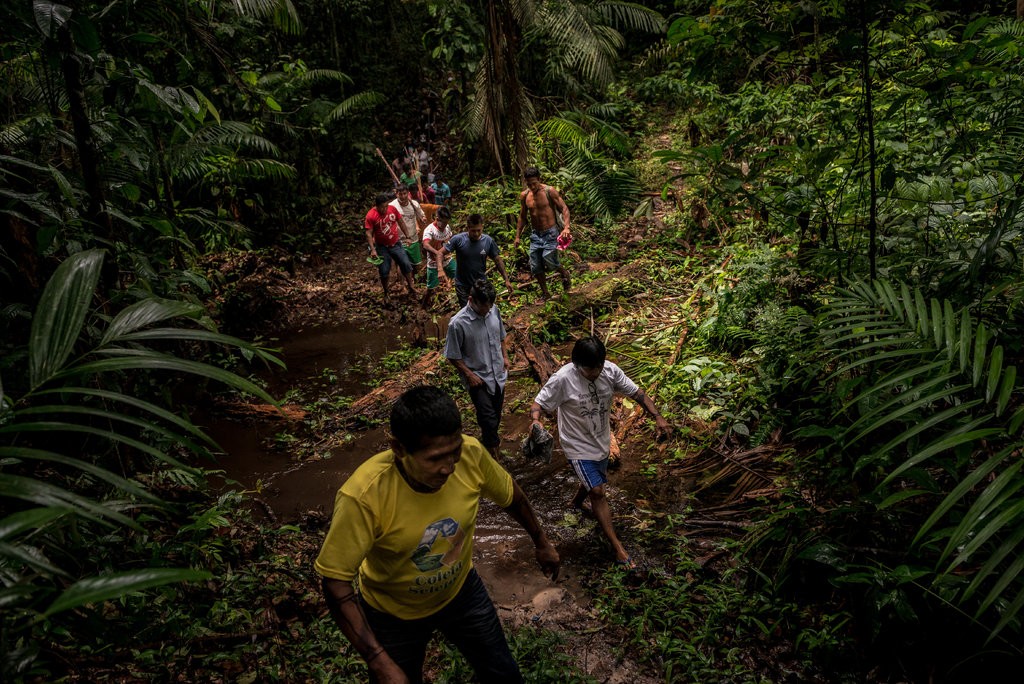 Earlier this year, members of the Munduruku indigenous tribe trekked through the rainforest to confront illegal gold miners in their territory. (Meridith Kohut for The New York Times)

“When Brazilian authorities go after the miners, they flee to Venezuela and vice versa,” Ms. Rolla said. “There needs to be intergovernmental cooperation.”

However, she said, Brazil’s recent election of Jair Bolsonaro, a far-right former army captain who has vowed to end the “industry” of fines imposed on companies that violate environmental laws, and halt the demarcation of indigenous lands, could represent a serious setback.

“If he does all the things he said he would do, things could get worse, not better,” she said. “When we started working on this project more than a year ago we didn’t imagine such a tragedy.”

Mr. Bolsonaro has made it clear he favors allowing more commercial activity in the Amazon, and wants to slash the budgets of government agencies that monitor and punish illegal activity there.

“Where there is indigenous land,” he said last year, “there is wealth underneath it.”

Although Mr. Bolsonaro has stepped back from threats to eliminate Brazil’s Environment Ministry and pull out of the Paris climate agreement, Brazil withdrew from hosting next year’s United Nations global summit on climate change after his election.

For environment minister, Mr. Bolsonaro has chosen Ricardo de Aquino Salles, a lawyer who was accused by a public prosecutor of illegally altering environmental impact maps while he was the environmental secretary for the state of São Paulo.

Experts say illegal logging and land invasions in the Brazilian Amazon rose as Mr. Bolsonaro gained traction ahead of his election in October. Between August 2017 and July 2018, deforestation rose 13.7 percent, the highest increase in a decade, according to Brazil’s Environment Ministry.

“It was crazy,” said Fany Ricardo, an anthropologist at Brazil’s SocioEnvironmental Institute, one of the groups involved in the research. “During the campaign deforestation rates just kept climbing and climbing, even in indigenous lands where it is strictly forbidden. Now there is still monitoring. Afterwards it’s going to be worse,” she added, referring to the administration of Mr. Bolsonaro, who takes office on Jan. 1.

Munduruku men and boys surveying damage caused by illegal gold miners in Posto de Vigilancia, one of the most remote Munduruku villages deep in the Amazon rainforest along the Tapajós River. (Meridith Kohut for The New York Times)

“There are very serious consequences,” Ms. Ricardo said. “Beyond the pollution, miners are getting close to uncontacted tribes, which could pose a mortal threat in terms of illness and conflict.”

Mining is illegal inside indigenous territories, but in some cases tribes agree to look the other way in exchange for payment. RAISG members had hoped that exposing the extent of illegal activity would spur a crackdown and encourage governments to support alternative, sustainable forms of income, such as gathering and selling exotic fruits to high-end buyers.

“With our new president-elect, I don’t know what will happen,” Ms. Ricardo said.

In the report, the researchers also published case studies, for instance on the devastating toll that mercury, used in gold mining, has had on indigenous tribes and remote fishing communities.

The research highlighted a study of hair samples in territory of the Yanomami, an indigenous group whose land straddles Brazil and Venezuela. In the Aracaçá community there, where illegal mining is rampant, 92 percent of the hair samples showed high levels of mercury contamination.

The map also shows that illegal mining often overlaps with legal mining, and researchers plan to update it as more information becomes available. Ms. Rolla, the RAISG coordinator, stressed that the mining has deep societal consequences that need further documenting.

“The problem isn’t just deforestation and pollution, there is a serious social element that includes disease, prostitution and displacement,” Ms. Rolla said.

“What we need is more monitoring, not less,” she said. “And I fear the opposite is going to happen.”