The Changing Hydrology of a Dammed Amazon 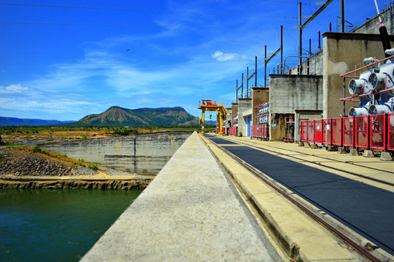 While the negative environmental impacts of dams are fairly well understood, the development of new hydropower to support growing global energy demand is widely viewed as a sustainable source of electricity. Currently, 450 new large dams are planned or in construction in the Amazon, Congo, and Mekong basins. In the Brazilian Amazon, >30 large and >170 small dams are planned for construction over the next 30 years as a result of government plans geared toward increased energy security, economic growth, improved living standards, and industrialization. This rapid pace of planned infrastructure development, coupled with the spatial scale of its impact and potential for detrimental loss of globally important ecosystem services, make the impending transformation unprecedented.

Critically, the synergistic, cumulative, and long-term effects of dams on rivers, forests, and social systems are largely understudied and undervalued in planning and decision-making. Uncertainty about the social-ecological effects of dam construction is due in large part to the existing piece-meal approach to impact analysis, which fails to integrate relevant knowledge and data across disciplines and sources. This uncertainty highlights an urgent and timely need for coordinated research and the integration of scientific and societal knowledge in planning and decision-making.

In this context, we (ADN/RBA researchers Kelsie Timpe and David Kaplan) pursued a basin-wide characterization of the type and magnitude of dam-induced changes to the hydrologic regime and a synthesis of the environmental and management variables that drive alteration. Our study, “The changing hydrology of a dammed Amazon”, was recently published in Science Advances, and is available for free download.

Put simply, we asked: Are existing dams causing significant hydrological changes and, if so, in what ways and why? The study had three major goals: 1) to quantify dam-induced changes in hydrology across the dammed Amazon; 2) to identify environmental and management variables that predict of hydrological alteration (to inform future dam siting and operation); and 3) to quantify the cumulative effects of multiple dams built on the same river.

We found that, while all Amazon dams significantly affect the hydrologic regime, the largest changes in hydrology were to critical characteristics of the flood pulse. The flood pulse, which can be thought of as the “heartbeat” of the Amazon, plays an important role in structuring river and floodplain geomorphology and biodiversity in tropical rivers. Dam-induced alterations in the flood pulse affect riverine sediment transport and the exchange of nutrients, organic matter, and plant/animal propagules between the river and floodplain. For example, changes in the frequency and duration of pulse events influence the availability of floodplain habitat for aquatic organisms, and changes in the frequency and timing of pulse events can reduce fish recruitment, juvenile fish diversity, and floodplain macroinvertebrate abundance.

While all dams were found to significantly impact river hydrology, we found that some dams are much worse than others. Analyzing the hydrologic impacts of all existing Amazon dams (for which data are available) allowed us to understand some of the major predictors of impact, which can be used to predict—and hopefully reduce—the impacts of future planned dams. In short, the impacts of dams on hydrology were largest for low-elevation, large-reservoir dams. However, we also found that small dams had enormous impacts relative to their electricity production. This is troubling because these smaller systems often face much less stringent permitting and monitoring requirements.

Finally, our study is also the first to show how multiple dams on a single river interact to change hydrology and ecosystem function. These “cumulative” effects were significant, but only for some aspects of the flow regime, namely the frequency and duration of high and low pulses and the rate and frequency of water condition changes.

This research was pursued in collaboration with the Amazon Dams Network (http://amazondamsnetwork.org), an international, interdisciplinary group of researchers and other stakeholders around the world focused on improving our understanding of the effects of Amazon dams across social and environmental systems. The data used in the study were all publicly available from Brazilian government websites, and these data were recently compiled in “A social-ecological database to advance research on infrastructure development impacts in the Brazilian Amazon“, led by Joanna Tucker-Lima and Denis Valle.

This website uses cookies to improve your experience while you navigate through the website. Out of these, the cookies that are categorized as necessary are stored on your browser as they are essential for the working of basic functionalities of the website. We also use third-party cookies that help us analyze and understand how you use this website. These cookies will be stored in your browser only with your consent. You also have the option to opt-out of these cookies. But opting out of some of these cookies may affect your browsing experience.
GUARDAR Y ACEPTAR
Translate »